Scientists has advised the UK government to halve the current recommended daily intake of sugar.

Nutrition experts say no more than 5% of daily calories should come from added sugar – about seven teaspoons. Most people consume at least twice this limit.

The government has said it will accept the recommendations and will use them to develop its national strategy on childhood obesity, which is due out later this year.

The Scientific Advisory Committee on Nutrition (SACN), which advises Public Health England and other government agencies on nutrition, wants the recommended daily intake of sugar to be halved to reduce obesity risk and improve dental health.

Prof Ian Macdonald, chair of the working group of the committee, said: “The evidence is stark – too much sugar is harmful to health and we all need to cut back.”

“The clear and consistent link between a high-sugar diet and conditions like obesity and type 2 diabetes is the wake-up call we need to rethink our diet. Cut down on sugars, increase fibre and we’ll all have a better chance of living longer, healthier lives.”

The guidelines, which apply from the age of two, are in line with new World Health Organization proposals.

The main sources of sugar in the diet are sweetened drinks and cereal, confectionery, fruit juice, and sugar added at the table.

A single can of fizzy drink contains about nine teaspoons of sugar.

The British Dental Association (BDA) has called on the government to take heed of the latest advice.

Tooth decay is the biggest cause of hospital admissions among young children.

Mick Armstrong, chairman of the BDA, said: “The government now has the evidence and a clear duty to send the strongest possible signal to the food industry that while added sugar might be helping their sales, it is hurting their customers.”

The food industry has said calories in household foods and drinks have been gradually lowered in recent years, including sugar reductions and changes to portion sizes.

It is one thing setting out what people should aspire to eat, quite another making it happen.

Achieving the expected threshold for added sugar – no more than 5% of calories consumed – will be a challenge for government, industry and the public.

Some health campaigners say clearer labelling will be needed so people can see at a glance how many teaspoons of sugar have gone into each portion.

Many health campaigners want to see a tax on sugar, with doctors’ leaders joining the call this week.

The British Medical Association said a 20% levy on sugary drinks would be a step towards the long-term goal of taxing a wide range of products in the fight against obesity. 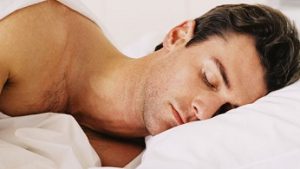 Sure, when I was little, I hated going to bed and I fought it, but now that Iím an adult and always feel sleep-deprived, I donít know what I was thinking for all those years!

Sleep makes you feel better, function better and recover better. Turns out, thereís still another reason why you should start prioritizing your sleep schedule.

If you donít, you just might see the effects on the scale and in the mirror, too.

A study published in the American Journal of Clinical Nutrition examined the effect of a single night of total sleep deprivation on food intake and morning energy expenditure.

Scientists examined 14 healthy, normal weight males on 2 occasions during a regular 24-hour sleep-wake cycle (including 8 hours of nocturnal sleep) and a 24 hour period of continuous wakefulness.

Then they measured their morning energy expenditure and food intake throughout the day.
Following the sleepless night, the men used 20% less energy after eating.

Not only that, they also showed increased morning plasma ghrelin concentrations. In English: the subjects in the study all had more of the hormone that stimulates hunger.

These research findings show that just one night of sleep deprivation significantly reduces energy expenditure in the short-term.

That means that sleep may be even more important than we thought when it comes to regulating daytime energy expenditure.

This is just one more reason (among a long list of reasons) why you should make sure youíre getting the right amount of sleep every night.