Everyone should consider taking vitamin D supplements to counter the lack of sunshine in the UK, government experts are proposing. 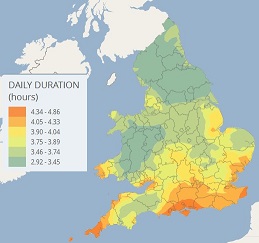 The draft Scientific Advisory Committee on Nutrition guidelines suggest, from the age of one, 10 microgram pills be taken to ensure people get enough.

Current advice is only at risk groups – including pregnant women, under fives and over 65s – should take supplements.

But as there is no easy way of assessing who is getting enough vitamin D, SACN has proposed a blanket recommendation for everyone because of the benefits it would bring.

However the risk of getting too much vitamin D is considered to be extremely low.

It comes after the National Institute for Health and Care Excellence (NICE), which advises the NHS on treatments, has already suggested vitamin D should be given more widely to counter a hidden epidemics of deficiency.

Official estimates suggest one in five adults and one in six children in England may have low levels.

People get most of their vitamin D from the action of sunlight on their skin. But the amount in food is small, unlike many other vitamins.

The low level of sunlight during these winter months means people in the UK are at risk.

The NICE guidelines called for more free supplements and for supermarkets to sell low cost tablets.

Deficiency can result in rickets and brittle bones.