Human life spans may be limited to a maximum of about 115 years, claim US scientists. 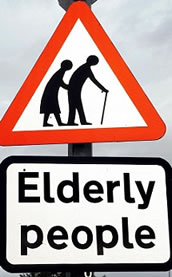 Their conclusions, published in the journal Nature, were made by analysing decades of data on human longevity.

They said a rare few may live longer, but the odds were so poor you’d have to scour 10,000 planet Earths to find just one 125 year old.

But while some scientists have praised the study, others have labelled it a dismal travesty.

Life expectancy has been increasing relentlessly since the nineteenth century – due to vaccines, safer childbirth and tackling killers like cancer and heart disease.

The team in New York analysed data from the Human Mortality Database and the deaths of super-centenarians (those over 110) in France, Japan, UK and US.

The data showed increases in life expectancy were slowing in centenarians and that the maximum age of death had plateaued for at least two decades.

Jeanne Calment came close. The oldest ever person, whose age can be backed up by official documents, was 122 when she died in 1997.

The French icon of longevity was born before the Eiffel Tower was constructed and met the painter Vincent van Gogh. Nobody has since got near her venerable age.

The crop of centenarians in the study were affected by malnutrition and infectious diseases in their childhood back in the late 19th Century. Remember smallpox was declared eradicated only in 1980.

Experiments, which look after animals in ideal conditions, have suggested lifespans do have a limit.

The challenge with tackling ageing is that we have not evolved to live to extreme old ages.

Millions of years of natural selection has honed us to survive, grow and reproduce in our youth.

What happens to our bodies half a century or more later – at ages we have never reached in our evolutionary history – are a side-effect of the instructions in our DNA that are important in youth.

So any attempt to really increase lifespan will need an approach that goes beyond treating diseases and tackles ageing inside every cell of the body.