A stir fry diet, rich in soy, could protect women from bone weakening and osteoporosis in older women, a new study suggests. 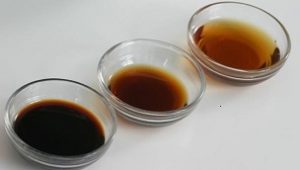 Women become more susceptible to the brittle bone disease after going through the menopause as levels of protective oestrogen fall.

Since soybean foods contain plant chemicals called isoflavones that mimic the hormone, it has been suggested they might combat some effects of the menopause.

“Supplementing food with isoflavones could lead to a significant decrease in the number of women being diagnosed with osteoporosis”
Dr Thozhukat Sathyapalan, University of Hull

Women on the soy-plus-isoflavones supplement had significantly lower levels of a blood protein marker of bone loss, suggesting a reduced risk of osteoporosis. They also had less risk of heart disease than those taking soy protein alone.

Lead researcher Dr Thozhukat Sathyapalan, from the University of Hull, said: “We found that soy protein and isoflavones are a safe and effective option for improving bone health in women during early menopause.

“The actions of soy appear to mimic that of conventional osteoporosis drugs.

“The 66mg of isoflavone that we use in this study is equivalent to eating an oriental diet, which is rich in soy foods. In contrast, we only get around 2-16mg of isoflavone with the average Western diet.

“Supplementing our food with isoflavones could lead to a significant decrease in the number of women being diagnosed with osteoporosis.”

Bones grow and repair themselves rapidly during childhood and youth, but the process slows down with age and bone density begins to diminish from the age of 35. Women lose bone rapidly in the first few years after the menopause which can lead to osteoporosis and the risk of fractures.

Around three million people suffer from osteoporosis in the UK and more than 300,000 people receive hospital treatment for fractures every year because of the condition.

Exercise and eating foods which are rich in calcium and vitamin D, and getting enough sunlight, are essential for healthy bones, but this is the first study to show that soy can also help prevent fracturing.

Next the scientists plan to investigate the long-term effects of taking soy protein and isoflavone supplements and whether they have benefits beyond bone health.

The findings were presented at the Society for Endocrinology’s annual meeting in Edinburgh.