Middle-aged people in England face a health crisis because of unhealthy lifestyles, experts have warned.

Eight in every 10 people aged 40 to 60 in England are overweight, drink too much or get too little exercise, the government body warns.

PHE wants people to turn over a new leaf in 2017 and make a pledge to get fit.

Health officials say the “sandwich generation” of people caring for children and ageing parents do not take enough time to look after themselves.

Exercises you can do at your desk

We are living longer, but are in poorer health because we store up problems as we age.

The campaign’s clinical adviser, Prof Muir Gray, said it was about trying to make people have a different attitude to an “environmental problem”.

Modern life is dramatically different to even 30 years ago, People now drive to work and sit at work.

It is a popular view that by taking action in mid-life… you can reduce your risk not only of type 2 diabetes, which is a preventable condition, but you can also reduce your risk of dementia and disability and, being a burden to your family.

Many people no longer recognise what a healthy body weight looks like, say the officials – and obesity, which greatly increases the risk of type 2 diabetes, is increasingly considered normal.

The PHE website and app has a quiz that gives users a health score based on their lifestyle habits by asking questions such as, “Which snacks do you eat in a normal day?” and “How much exercise do you get every day?”

The questions are simple, but the results are revealing, says Prof Kevin Fenton, director of Health and Wellbeing at PHE.

The How Are You Quiz will help anyone who wants to take a few minutes to take stock and find out quickly where they can take a little action to make a big difference to their health.

This is about making small changes that can have this really big improvement for your long-term health.

More than a million people have taken the quiz so far.

One of them is Lee Parker, who is 41 and from Bolton. He did the quiz in March before starting a diet in August.

He says it was his son who provided a much-needed wake-up call. Lee’s son, who is now eight, told him he loved him “even though you are fat”.

This was the final nudge that Lee says he needed.

Weighing more than 22 stone, Lee started to diet and exercise and lost just over five stone in 16 weeks.

His partner has joined in and has lost two and a half stone.

In April 2017, Lee will be taking part in the Manchester marathon. You can become very complacent when you are in your forties. You kind of think you’ve done everything and so you can relax and eat pizzas and Chinese in the week.

Lee has still got another stone to go to his target weight. It’s been very, very difficult.

He’s missing all the cakes and the crisps and the biscuits…. he still has them, he still enjoys them, but he knows when to say no and he knows how much he’s had. 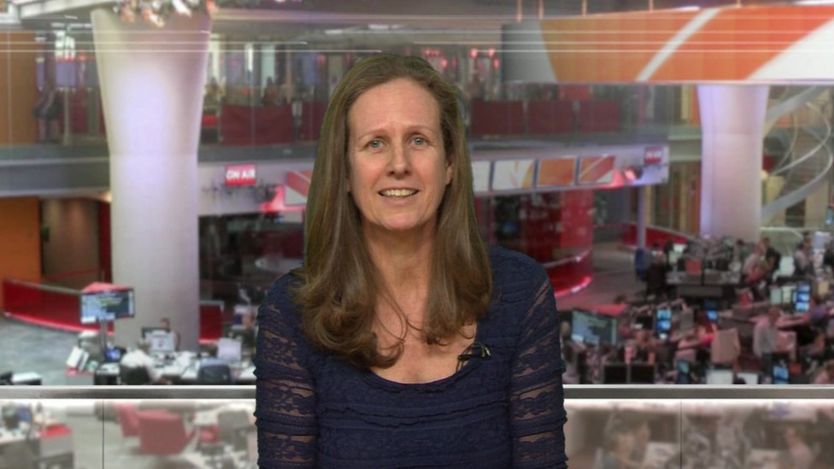 Another quiz participant, Penny Henderson, says her bad habits “slowly crept up” on her with how much she was drinking and that she was not really exercising.

When she took the test, she actually was not that honest and she kind of lied… she thought she just did not say exactly how much she was drinking and that was quite a wake up call.

She realised if she was lying to herself then it must be bad.

After cutting down on alcohol, Ms Henderson said she had more time for things, was less stressed, coped with work better and, that family life was more pleasant.

The thing is to keep it always achievable and then you can keep it up.

The NHS has a number of apps and websites that can help you make healthy changes: