Two week holiday could be the death of you: study shows lazy break makes muscles waste away 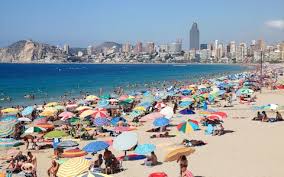 A fortnight lying on a beach may seem like the perfect boost – but new research suggests two weeks of couch potato living is enough to cause muscles to waste away and fitness levels to plunge, new research shows.

The British study on healthy young adults found startling changes to muscle mass and metabolism could occur during a couple of weeks on holiday, or simply lazing around.

Scientists have warned that the changes could trigger an increased risk of developing chronic diseases such as type 2 diabetes, heart disease, and potentially premature death.

Researchers from Liverpool University examined 28 fit, young adults, with an average age of 25.
For those who don’t exercise, avoiding prolonged sitting and increasing your daily step counts has clear health benefits. They asked them to cut activity levels by 80 per cent, from 10,000 daily steps to just 1,500.

By the end of 14 days, they had lost almost a third of a kilo of lean muscle (0.8 pounds)ñ and saw their waistline expand by almost half an inch (1cm). There was also an increase in liver fat and an increase in bad cholesterol markers while overall, cardio-respiratory fitness levels also declined.

And when the group returned to their previous fitness habits, they were unable to return to shape within two weeks.

The findings are being presented at the European Congress on Obesity in Porto.

He said people who do not exercise risk obesity and illnesses such as Type 2 diabetes.

The take-home message is two-fold. If you do formal exercise, it may not be enough and keeping active as part of your daily life is important. And for those who don’t exercise, avoiding prolonged sitting and increasing your daily step counts has clear health benefits.

It does appear that there is something in this idea of 10,000 steps a day being good for you.

People have become obsessed with 10,000 steps a day and this research shows it’s a good thing.

NHS guidance states adults should do 150 minutes of activity a week.

But the vast majority of adults fail to meet this target.

And more than a quarter of Britons fail to do even 30 minutes of activity a week, according to Sport England.

Our day to day physical activity is key to abstaining from disease and health complications. People must avoid sitting for long periods of time.

Yet again the science is telling us that physical activity should not, and must not, be missed, warning that ill-health in later life would be a “certainty” for those with couch potato habits.

Exercising should be a regular part of the day like brushing your teeth.

Those who fail to exercise ignore activity at their peril: sarcopenia, serious muscle wasting, and obesity may combine to catch up with them.

It has been said that physical inactivity is society’s silent killer and even short bouts of being sedentary can lead to deadly diseases.

That’s why it’s so important for us to build movement into all aspects of our lives – commuting, working and at play – to reap the myriad benefits of an active lifestyle.

We know from our own ukactive research that lazy summer holidays wreak havoc on our childrenís health, so it’s vital that families stay active together at this time of year to ward off unhealthy habits.

Dr Emily Burns, research communications manager at Diabetes UK, which part-funded the study, said: “We know that being physically inactive can increase the risk of Type 2 diabetes, and while we need to wait for the full results, this research suggests that changes inside the body could start after only two weeks of inactivity.

“We can all find ways to include physical activity in our daily life – even walking to work or using stairs.”

Fitting more exercise into each day, whether that be cycling to work or taking the stairs, can make a huge impact on your risk of several serious diseases, including some of the most common cancers. Being physically active can directly help prevent several cancers, including breast and bowel cancers. Having an active lifestyle is also vital for maintaining a healthy weight, which can in turn reduce your risk of 11 common cancers. 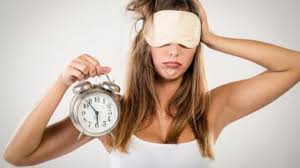 Beauty sleep is a real thing, according to researchers who have shown that people who miss out on sleep do appear less attractive to others.

A couple of bad nights is enough to make a person look “significantly” more ugly, their sleep experiments suggest.

Dark-circled “panda” eyes and puffy lids can even put others off socialising with you, they say.

People were rated by strangers as less healthy and approachable when they had tired faces.

Are you getting enough sleep?

The researchers asked 25 university students, some male and some female, to be the guinea pigs in their sleep experiment.

The volunteers – who were given payment for their help – were sent home with a kit that would measure their night-time movements to check that they had not cheated and slept when they should not have.

They were asked to get a good night’s sleep for two consecutive nights.

A week later, they were asked to restrict themselves to only four hours sleep per night for two nights in a row.

The researchers took make-up free photos of the volunteers after both the good and the bad sleep sessions.

Next, they asked 122 strangers – women and men living in Sweden’s capital city, Stockholm – to have a look at the photos and rate them on attractiveness, health, sleepiness and trustworthiness, as well as asking them: “How much would you like to socialise with this person in the picture?”

The strangers were good at judging if the person they were looking at was tired, and, if they were sleepy, their attractiveness score suffered.

The strangers also said they would be less willing to socialise with the tired students, who they also perceived to be less healthy, Royal Society Open Science journal reports.

An unhealthy-looking face, whether due to sleep deprivation or otherwise, might activate disease-avoiding mechanisms in others.

In other words, people don’t want to hang around with people who might be ill, whereas someone who looks energetic and fit will hold lots of appeal.

It has been stated that the researchers don’t want to worry people or make them lose sleep over these findings though.

Most people can cope just fine if they miss out on a bit of sleep now and again.

Judgement of attractiveness is often unconscious, but we all do it, and we are able to pick up on even small cues like whether someone looks tired or unhealthy.

We want our partners to be attractive and energetic. This study is a good reminder of how important sleep is to us.”