The five mistakes runners make – and how to stay injury free 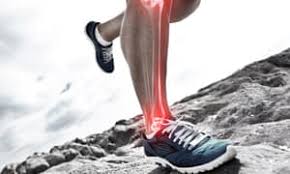 Tom Craggs is a coaching consultant to some of the UK’s biggest sports brands and charities. Unlike most performance coaches in the UK, Tom wasn’t an elite athlete and didn’t run as a junior. He took up running to raise money for charity when his dad was diagnosed with bowel cancer in 2006, completing his first marathon in three hours aged twenty-five. Since then, he’s been coaching runners one-on-one at Running With Us, offering advice and training plans to a range of athletes, from beginners to champions such as Tracy Barlow and Louise Damen who ran the Commonwealth games. After ten years of experience, there are five most common mistakes heís seen come up again and again. They can be easily prevented with the right precautions. Here’s his guide:

Too fast, too soon

A lot of people run at an unsustainable speed for their current level of fitness. They think they can only run in one gear. But if your energy demands are too great, then your body will rely on the readily available glycogen sugars in your muscles. A slower metabolic process that converts stored fats into usable energy is better, otherwise youíll run out of carbohydrates. Mo Farah has enough stored fat to run several marathons back to back. Runners need to embrace easy running and not feel like itís a failure. You can use a heartrate monitor to make sure you’re not running too fast – you should run at a pace where you can talk comfortably.

All runners have a tendency to stick with what they’re already good at because it’s a confidence boost – particularly new runners, who are on an upward curve from a very low base. But after that initial period, your body will start to plateau, and progress will slow. The mistake is doing most of your running in a narrow band of paces, sticking to a steady pace without enough variety. Slowing down and doing interval training helps the body adapt. Instead of doing everything in one block, we break it in to smaller chunks and gradually increase them. I hate the term ‘junk miles’, but if you do loads of exercise in one area, you’re not getting all the benefits in terms of energy metabolism.

Work gets in the way

Fitting running around working life can be hard – everyone has busy lives. If you have heavy work projects, you should adapt a training plan around them, because if your cortisol levels become chronically elevated, this can increase the risk of injury. You should spend as much time thinking about recovery as training – your body only gets stronger when your muscles heal, when your energy systems regenerate their hormones. If you don’t balance your training with rest and nutrition, this can lead to injury or losing motivation. A consistently good nightís sleep is critical to progress. You need a balanced diet with a full spread of quality proteins and fat in the right amounts. Most people want a quick route to their goals but the body needs consistency – fad diets are definitely not sustainable.

There are three controllable variables in training: frequency, intensity, and volume. If you change them all at the same time, the body will burn out. The main injuries people suffer include achilles tendonitis, calf muscle tears, inflammation and soreness in the knee, and shin splints. Often, the results are not immediate, but seen five to 10 years later. Running is addictive, and people want to push harder, but doing too much and overloading the muscles doesnít make you fitter – the body can only get fitter in the adaptation period. Instead of just trying to achieve a goal in one go, break it down with rest periods, gradually increasing the length of those blocks and reducing the recoveries. This gives the body a planned, method-based approach to build fitness.

Instead of focusing on an individual event, runners should think about a long-term plan. The aim is to build a sustainable pattern of progress – ‘periodising’ – organising the year into training phases, and making sure you incorporate strength and conditioning into this plan. Elite athletes look at Olympic cycles, and general runners can think the same way, looking at a six-month to a year plan. For example, after a marathon, don’t just suddenly stop, nor immediately restart. Look at a macro cycle – building, tapering and recovering – and consider how to stress the body differently. Put your training emphasis in a different place, like running on different surfaces, such as hilly terrain. This helps keep motivation levels up and breaks through the plateaus.