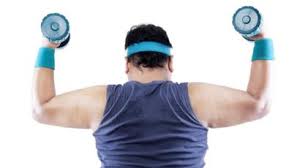 People who are overweight or obese are at increased risk of heart disease even if they appear medically healthy, experts are warning.

The work, in the European Heart Journal, is further evidence against the idea people can be “fat but fit”.

The researchers studied health data on more than half a million people in 10 European countries, including the UK.

After a follow-up period of more than 12 years, 7,637 of the people in the study had developed heart disease.

Weight appeared to be a risk factor.

In the study, people who were overweight or obese but had healthy blood pressure, blood sugar and cholesterol readings were about 28% more likely to develop heart disease than individuals with similar readings and a healthy bodyweight.

Being fat and “metabolically unhealthy” – having high blood pressure, cholesterol and blood sugar – was riskier still.

Are you a healthy weight for your height?

The researchers at Imperial College London and the University of Cambridge say the findings are a reminder that carrying too much fat can store up health problems for the future. There is no longer this concept of healthy obese. If anything, this new study shows that people with excess weight who might be classed as ‘healthy’ haven’t yet developed an unhealthy metabolic profile.

That comes later in the timeline, then they have an event, such as a heart attack.

According to the researchers, the excess weight itself may not be increasing the risk of heart disease directly, but rather over time through mechanisms such as increased blood pressure and high glucose.