Carrying the shopping can improve strength in over-65s, say experts 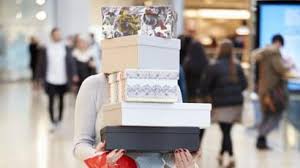 Carrying the shopping, gardening, or vacuuming, can help older people to lead healthier lives for longer, according to leading physiotherapists.
They warn that millions of older people risk falls because they are failing to maintain their strength.
Nearly a quarter of over-65s don’t do any strength exercises, the Chartered Society of Physiotherapy (CSP) says.

It warns that the rise of internet shopping means fewer people carry home their groceries.
Physiotherapists say not enough people realise the need to maintain strength as we age.
NHS guidelines suggest people do two strengthening sessions a week, such as exercising with weights, or lifting and carrying heavy loads such as groceries.
But a survey of more than 2,000 older people in the UK, carried out on behalf of the CSP, found nearly a quarter do no strengthening exercises at all. 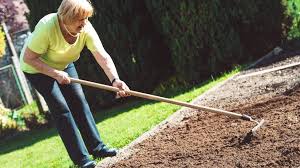 Raking the garden
Nearly one in five people said they didn’t know how to do them, while a similar number said they just didn’t want to.
Falls among the elderly cause the vast majority of hip fractures and cost the NHS around £1bn each year.
Physiotherapists say maintaining your strength into old age can help avoid falls and other forms of ill health.

They argue that encouraging people to keep their strength up – by doing simple things such as gardening or vacuuming – will pay dividends, helping them to live independent, healthier lives for longer.

It’s not inevitable that we become weaker and frailer as we get older.
Research shows getting stronger brings a whole host of health benefits so it is incredibly important that people don’t overlook strengthening when being active.
That could mean digging in the garden or standing up out of a chair 10 times.
Online shopping had removed a potential source of muscle exercise. We’re carrying fewer bags home from the supermarket because it arrives at our door.
We’re also waiting at home for other goods to be delivered when in the past we would have gone out to buy them.
We should look for ways to build strength exercises into our everyday lives.