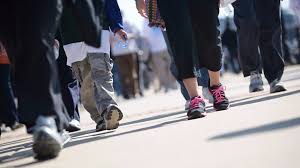 Get off the bus early … and other ways to get walking

Middle-aged people are being urged to walk faster to help stay healthy, amid concern high levels of inactivity may be harming their health.

Officials at Public Health England said the amount of activity people did started to tail off from the age of 40.

They are urging those between the ages of 40 and 60 to start doing regular brisk walks.

Just 10 minutes a day could have a major impact, reducing the risk of early death by 15%, they say.

But PHE estimates four out of every 10 40- to 60-year-olds do not even manage a brisk 10-minute walk each month.

To help, the government agency is promoting a free app – Active 10 – which can monitor the amount of brisk walking an individual does and provide tips on how to incorporate more into the daily routine.

Juggling priorities of everyday life often means exercise takes a back seat. But walking to the shops instead of driving, or going for a brisk 10-minute walk on your lunch break each day, can add many healthy years to your life.

How walking transformed our lives 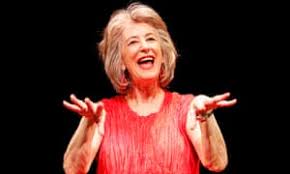 Maureen Ejimofor, 44, started taking regular walks three years ago in a bid to improve her health.

At the time, she weighed 18 stone and wanted to make a change. Within seven months, she had lost nearly five stone.

She joined a local organised walking group in Kent and loved it so much she ended up becoming a walk leader in charge of taking groups of people out at the weekend.

She has been using the Active 10 app and encourages others to do the same, describing it as “really useful” in persuading users to get a “burst” of brisk walking into their day.

Another walking fan is Liam Quigley, who has just turned 60.

“My parents used to take us out walking all the time,” he says.

But unfortunately as he got older, he got a taste for the finer things in life, so he used to drink quite a bit, eat some of the wrong stuff.  He actually put a lot of weight on.

He likes walking, and he decided to do something about it.

Since he joined, he’s lost two stone. It’s had a good effect on him.

GPs are also being encouraged to get their patients walking faster – defined as a walk of at least 3mph that leaves you breathing faster and increases your heart rate.

Every GP should talk to their patients about the benefits of brisk walking and recommend the Active 10 app. PHE is focusing on those in middle age, because of the drop in activity levels.

It is recommended that people do 150 minutes of activity a week, but nearly half of those aged 40 to 60 fail to achieve that and one in five does less than 30 minutes.

While a daily 10-minute brisk walk will not get them to the recommended level, it will be enough to start making a difference to high blood pressure, diabetes, weight issues, depression and anxiety and musculoskeletal problems such as lower back pain.

PHE also hopes by getting this age group active it will have a knock-on effect among those who have children.