A mid-life crisis can halve the risk of a stroke 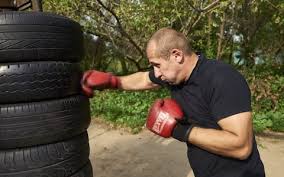 Middle-aged men who throw themselves into fitness can halve their risk of strokes, research suggests. Scientists said those with sedentary lifestyles had been able to transform their heart health in just seven years – protecting them three decades later.

Norwegian scientists tested the fitness of 1,400 men who were in their 40s and 50s at the start of the trial.

Most became less active as middle age set in, but one in three upped their efforts.

When they compared the group who boosted their fitness the levels the most with those who saw the greatest decline, they found startling differences.

Some of the best results were achieved among those who started out as couch potatoes.

The group with the biggest increase were 56 per cent less likely than the group which slowed down the most to suffer a stroke in later life.

Overall, one in eight had a stroke in the following 28 years, the study by the University of Oslo found.

Last week health officials warned of an ìinactivity epidemicî with four in 10 adults failing to do even one 10 minute brisk walk a month.

They are particularly concerned about adults aged between 40 and 60, where poor lifestyles can have the greatest impact.

It means more than six million are putting themselves at increased risk of illness.

But today researchers say it is “never too late” to make radical changes.

The men who increased [their fitness levels] the most were not fit at all, they went from low levels and moved up. 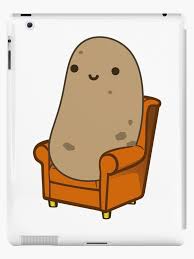 Couch potato lifestyles are pushing Britain to an early grave

Their efforts to take themselves in hand involved regular exercise, such as walking or cycling, rather than epic feats.

These men were just getting themselves together. They weren’t marathon runners, or anything like that.

So we can safely say that as a normal person you are able to improve your fitness by putting in the effort and that will protect you.

The group whose midlife fitness increased the most on average saw a 22 per cent improvement in exercise tests.

Their chances of having a stroke were almost the same as those of men who had been fit all their lives.