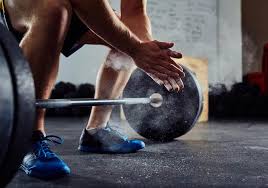 Whether you’re looking to bulk up or burn fat, lifting weights is a great way to reach your fitness goals.

But according to a new study, a common drug could be preventing people doing so.

The one thing you should be doing in the gym if you want to lose fat
The study, looked into the effects of ibuprofen on the skeletal muscles of young, healthy adults engaging in weight training.

Participants – all of whom were aged between 18 and 35 – were randomly split into two groups.

Half were told to take a relatively high dose of ibuprofen (1,200 mg, which is a normal 24-hour dose) and the others a lower dose of aspirin (75 mg) every day for eight weeks.

At the same time, the participants took part in weight-training exercises specifically designed to work the thighs two to three times a week.

30 min workout for your lunchbreak

After the eight weeks were up, the researchers measured certain variables including muscle growth, muscle strength and anti-inflammatory markers in the muscles.

They found that the muscles of those in the low dose aspirin group had increased in size twice as much as those who’d taken the ibuprofen.

The seven biggest post-workout mistakes you’re making
They also found that muscle strength was harmed by high doses of ibuprofen but not to the same extent as growth.

The results are extremely interesting since the use of anti-inflammatory drugs is so globally widespread, not least amongst elite athletes and recreationally active individuals.